A few months ago in a Tallahassee, Fla., recording studio, the Cuban vocalist and composer Cimafunk was engaged in a climactic meeting of the minds with the Parliament-Funkadelic leader George Clinton when they stumbled on a fascinating connection between African American and Afro-Cuban music.

Cimafunk, born Erik Iglesias Rodríguez, was scatting out the 1950s smash “Los Marcianos,” which instantly delighted Clinton, who had loved the melody of the song so much that he recorded an anthemic cover of it called “Groovealliegiance” for Funkadelic’s 1978 classic “One Nation Under a Groove.” But Clinton, who had created an Afrofuturist cottage industry with his band’s elaborate costuming and stage props, had no idea that the song was about Martians landing in Havana to dance cha cha cha.

“I was saying, brother, you wrote that song talking about the Mothership and that whole connection and you didn’t know that?” Cimafunk, 32, recalled in a video interview last week, standing in front of a South Florida building surrounded by palm trees and lush grass. “All those people like Pérez Prado, Chano Pozo, all that craziness made a mark,” he added, referring to the Cuban musical innovators. “It not only penetrated the instruments, but also the vocal rhythms.”

Afro-Cuban rhythms have mingled with African American ones going all the way back to late-19th-century New Orleans — distant siblings that intersected at key moments, like the gestation of jazz, the Charlie Parker-Dizzy Gillespie era of Birdland bebop, and the stunning performance of Ray Barretto’s band in Questlove’s recent documentary “Summer of Soul.” But for Cimafunk, whose new album “El Alimento,” out Friday, is filled with star-studded collaborations with Clinton, Lupe Fiasco, CeeLo Green and the pianist Chucho Valdés, the time for fresh Cuban funk is now.

“What Erik has done is unite the two tendencies — Afro-Cuban and African American,” Valdés, the founder of the influential 1970s jazz/funk group Irakere, said in an interview. “He has converted this into a new school that until now I haven’t heard done.”

“El Alimento” is a frenetic joy ride of freewheeling blasts of percussive funk intercut with pumped-up versions of classic Cuban riffs called tumbaos, and even a nod to Michael Jackson’s famous quoting of Manu Dibango’s “Soul Makossa.” Yet Cimafunk also explores his compositional abilities and impressive vocal range on the blues ballad “Salvaje” and the Spanish-guitar-tinged “No Me Alcanzas,” featuring the classic Cuban percussionists Los Papines. While he wants to his voice to carry the entire lineage of Cuban music, he reminds me most of Benny Moré, who was also a self-taught vocalist that highly trained musicians pushed themselves to keep up with.

“What Cima is doing is like a brand-new funk,” Clinton said in a phone interview. “Tito Puente and that kind of stuff, Tito Rodríguez, all of that was my favorite music back in New York. The mambo and the cha-cha was the same as disco in the ’70s.”

Dressed in an African-inspired print shirt, and peering through a pair of oversize sunglasses, Cimafunk showed flashes of amused wonderment, as if he was both surprised by and belonging to the moment. When explaining details about writing and composing, he broke into song, and the birds in the surrounding trees joined him, seemingly inspired.

The title “El Alimento” means “The Nourishment.” Cimafunk said he chose it “because making the album was what nourished me spiritually during the whole process of the pandemic.”Credit…Akilah Townsend for The New York Times

Born and raised in Pinar del Río, a town west of Havana, Cimafunk grew up listening to giants like Moré, Bola de Nieve, and Los Van Van and its charismatic singer Mayito Rivera. But he also encountered music from beyond the island, especially on TV programs like “De La Gran Escena,” where he saw Tom Jones, Phil Collins and Sting. On one of the new album’s signature tracks, “Esto Es Cuba,” he describes grooving residents of Guantánamo who were able to see live broadcasts of “Soul Train”because of the U.S. naval base’s antenna nearby.

Cimafunk’s conservative family pushed him to study medicine but supported him when he decided to move to Havana and pursue his musical ambitions. “At first I got into reggaeton because of the girls, and the fact that anybody with a sound card and microphone can do it,” he said. “Then I discovered the trova,” referring to an older genre centered on the ballad. “That where I started to write my songs with more structure — very odd songs that no one understood — the stranger songs you wrote, the more exotic you were.”

Cimafunk’s first album, “Terapia,” arrived in 2017 stocked with neo-trova exoticism like “Parar El Tiempo” and “Me Voy,” a danceable live favorite inspired by Nigerian Afropop and pilón, an Afro-Cuban carnaval rhythm. “Terapia” contained the seeds of the new album, and a mellower, ’70s soul groove. “El Alimento” (“The Nourishment”) has thoroughly transformed him into an international funk champion.

“I called it ‘El Alimento’ because making the album was what nourished me spiritually during the whole process of the pandemic,” Cimafunk said. He said he intends the album as a kind of descarga, a word that in Cuba means both a musical jam and a release of accumulated emotional baggage.

“It’s about the connection between the spirit and the body and the importance of release, and loving yourself,” he explained.

The album’s producer, Jack Splash (Alicia Keys, Kendrick Lamar, Solange), has fronted his own indie funk band Plant Life, and moved back and forth between Los Angeles and Miami, giving him a unique perspective on the Afro-Cuban/African American overlap.

“It’s two different sensibilities — even if you’re listening to the same funk, your swing might be a little different,” he said in a video interview. He said Shakira once asked him to add more syncopation to his standard beatbox rhythm track; on the new song “Estoy pa’ eso,” Splash and Cimafunk retool the “Shakira beatbox” to put a new spin on a sample from the American funk band Zapp, with mind-bending results.

While some of Cimafunk’s strongest supporters, like Splash, believe his sense of style — tightfitting clothing, Bootsy Collins-esque sunglasses — evokes Fela Kuti, comparisons to the Nigerian Afrobeat king go beyond appearance: Rodríguez is an Africanist who often begins concerts with an a cappella rendition of a poem called “Faustino Congo,” which Cimafunk said is inspired by Miguel Barnet’s “Biography of a Runaway Slave.” The “cima” part of Cimafunk is a reference to cimarrones, runaway slaves whose defiance paralleled that of Jamaican Maroons, an inspiration for Bob Marley’s Rastafarian beliefs.

“At first I got into reggaeton because of the girls, and the fact that anybody with a sound card and microphone can do it,” Cimafunk said. He soon moved on to other genres.Credit…Akilah Townsend for The New York Times

“At first I grew up unaware — my family was Black and educated and felt they had to work twice as hard,” Cimafunk said. “African culture arrived in Cuba and changed everything! It’s the flow, the visuality, the concept, everything, and when I started to connect with that identity it was a relief because I arrived at a place of truth.”

Splash noted that funk was more than a sonic touchstone. “People were scared when James Brown said ‘I’m Black and I’m proud,’” he said. “They thought, ‘Does that mean James Brown does not like white people?’ No, that’s not what he means. ‘Let’s lift my people up.’” They found a similar moment in the party anthem “La Noche” from the new album, which features the dancehall rapper Stylo G and the Colombian Afro-funk band ChocQuibTown, whose lead singer Goyo shouts at song’s end, “Afro-Latin power!”

While he showcases the power of blending African American and Afro-Cuban music, Cimafunk is also engaging in a cultural mixing that celebrates a kind of Latin American hybridity, on his terms. He sees himself as part of a new generation that is destined to bring change.

“Now that we have the internet, you can know what’s happening in the world, and have a million different opinions, and choose the one you want,” Cimafunk said. “We started analog,” he added, “now we’re in a pot that’s boiling.”

14 Vegetarian Soups and Stews for a Cozy Fall

With rich countries paying more for vaccines, the supply for Latin America is falling short, the W.H.O. says. 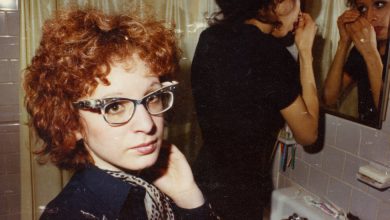 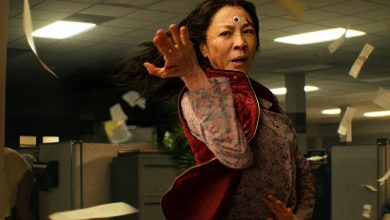 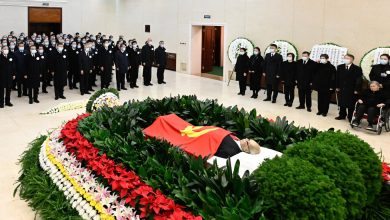