PARIS — A malnourished beluga whale that had been stranded in the Seine river for several days, causing its health to deteriorate rapidly, died on Wednesday a few hours after being removed from the water in a last-ditch rescue operation.

Florence Ollivet-Courtois, a veterinarian, said the whale had been euthanized after scientists realized it was having difficulty breathing while being transported by truck to a saltwater basin.

“The suffering is obvious for this animal, and therefore we decided that it was not appropriate to release it and that we had to proceed with its euthanasia,” Dr. Ollivet-Courtois said in a video posted by the state authorities from the Calvados region in Normandy, where the beluga had been expected to stay under observation in a basin and receive medical treatment.

It was a tragic end to an ambitious rescue operation that ultimately aimed to return the whale to the sea. The beluga’s fate had drawn attention far beyond France, generating financial donations and aid from groups and individuals, officials said.

“We are devastated by this tragic outcome that we knew was very likely,” Sea Shepherd France, a conservation group, wrote in a Twitter post on Wednesday, saying that the removal operation “was risky but essential to give a chance to an otherwise doomed animal.”

The beluga, a protected species usually found in cold Arctic waters, was spotted more than a week ago in the Seine, heading toward Paris. Since Friday, it had been blocked near a lock at Saint-Pierre-la-Garenne, about 40 miles northwest of the capital, causing growing concerns as its health rapidly deteriorated.

Sea Shepherd France, which monitored the situation on the ground, said several efforts to feed the whale had failed, even after it was given vitamins and products to stimulate its appetite.

The authorities considered several rescue options, including opening locks and nudging it to head toward the English Channel with boats. But experts dismissed such an attempt, saying it would stress the already weakened beluga and could present other risks.

The authorities eventually decided to try to extract the whale from the water with the intention to return it to the sea, an option that they initially seemed unenthusiastic about given its complexity and the associated health risks it posed for the whale.

“It was an option that was not necessarily a given, because we didn’t know if the beluga would be able to withstand it,” Isabelle Dorliat-Pouzet, a state official from the Eure region, where the beluga was found, told reporters on Tuesday. She added: “We are not 100 percent sure about it yet, but it seems to us that it is better to try it than not — it’s in its interest.”

The operation, which began late Tuesday and involved dozens of firefighters, veterinarians and scientists, lasted long into the night. Around 4 a.m. on Wednesday, after nearly six hours of work, the beluga was finally removed from the river.

Images shared on Twitter by Sea Shepherd France showed divers trying to lure it into a large net. Once in the net, the 13-foot, 1,800-pound animal was lifted by a crane and placed on a nearby barge, where several veterinarians immediately attended to it.

“It is alive,” Ms. Dorliat-Pouzet told the French news channel BFM TV on Wednesday. “But it is terribly thin for a beluga, and that does not bode well for its life expectancy for the medium term.”

The beluga was then placed into a refrigerated truck headed to a basin in the English Channel port of Ouistreham. It was expected to spend several days there under observation in preparation for its release.

It remained unclear why the whale had strayed so far from its natural habitat. France’s Pelagis Observatory, which specializes in sea mammals, said in a statement that the nearest beluga population lived near the Svalbard archipelago, north of Norway, about 1,860 miles from the Seine.

This was only the second known time that a beluga whale had been seen in France, according to the observatory. The first was in 1948, when one was pulled out of the Loire estuary in a fisherman’s net. But other animals have strayed into the country’s rivers recently, including an ailing orca that died in the Seine in May.

In September 2018, a beluga was spotted in a stretch of the Thames River in England. 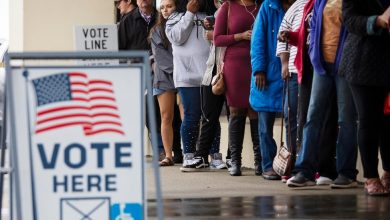 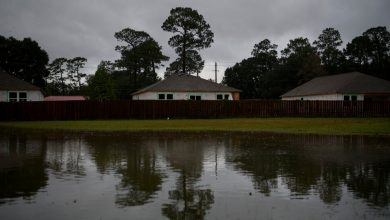