PARIS — The sidewalks of Paris were already strewn with fallen chestnuts by the time the literary season’s first scandal finally broke.

Most Septembers, as French publishers release their most promising books and start jockeying for prizes, the world of letters is engulfed in the Left Bank’s version of the Ultimate Fighting Championship.

This season had been unfolding smoothly — unnaturally, impossibly so, some literary observers quipped — until trouble hit the one big French literary prize known for its probity: the Goncourt, the 118-year-old standard-bearer of the French novel, whose laureates include Marcel Proust, Simone de Beauvoir and Marguerite Duras.

Things started when the Goncourt’s 10 jurors gathered this month, over a lunch of roast duckling with cherries and bottles of Château Maucaillou 2015, to come up with their long list of contenders. The author of one book up for consideration happened to be the romantic partner of one of the jurors, Camille Laurens, a novelist and book reviewer at Le Monde. In fact, the book was dedicated to a certain “C.L.”

Still, the jury decided, by a vote of 7 to 3, to include the book on its list. Ms. Laurens was among the majority.

Similar votes by juries deciding France’s other big book prizes — which have steadfastly rejected overhauls to make themselves fairer and more transparent — might not have raised any eyebrows. But the Goncourt was different: Changes carried out since 2008 had incontrovertibly made it more honest and credible.

But the person who spearheaded the overhaul — Bernard Pivot, a legendary figure in France’s world of books, known for his uprightness — retired as the Goncourt’s president in late 2019. In cafes in Saint-Germain-des-Prés, the Left Bank redoubt of the French literary class, a running topic of conversation has been whether the changes would survive Mr. Pivot’s departure.

Speaking for the first time about the scandal, Mr. Pivot said he was “astonished” and “shocked” by the Goncourt’s decision to include the book in question on its list.

“It’s obvious that as president of the Goncourt Academy, I would not have agreed to include the book of a husband or a wife or a lover on a list,” Mr. Pivot said in an interview, his voice rising in anger.

He added that “what makes you refuse to include on a list a book whose author is close to a member of the Goncourt, it’s common sense.”

The stakes are high. Announced every November, the Goncourt-winning novel automatically becomes a default Christmas present. Last year’s winner, “The Anomaly,” sold more than a million copies, an astronomical figure in France.

Collusion among France’s big literary juries came under the spotlight last year when some jurors at the Renaudot, the second most prestigious prize, acknowledged crowning a pedophile writer, Gabriel Matzneff, in 2013 because they were friends with him and wanted to cheer him up as he went through a bad stretch.

Pascal Bruckner, left, and Ms. Laurens of the Goncourt jury. Her partner is the author of one book up for consideration for the prize.Credit…Lionel Bonaventure/Agence France-Presse — Getty Images

At the Renaudot and other big prizes, jurors openly lobby for books in which they have a personal or professional stake. Some judges are also editors at big publishing houses and advocate titles by their employers — or books they have themselves edited.

Before the changes at the Goncourt, it, too, was referred to by some critics as “the Goncourt mafia,” recalled the jury’s current president, Didier Decoin, who has been a juror since 1995.

The effect was immediate. An analysis by The New York Times showed that, in the decade before the overhauls in 2008, nearly two of the Goncourt’s 10 judges in a given year had ties to the winner’s publisher. But since 2008, the number of judges with those ties dropped to one.

Didier Decoin, the Goncourt jury’s current president. He has been a juror since 1995.Credit…Alain Jocard/Agence France-Presse — Getty Images

Thanks to the changes, once small publishers like Actes Sud — which had been almost locked out of the Goncourt because it had refused to lobby for prizes — were awarded much more often. Since 2008, Actes Sud has won four Goncourt Prizes.

“I think I was lucky because I arrived at a time of change in practice,” Jérôme Ferrari, who won the Goncourt in 2012 for his novel “The Sermon on the Fall of Rome,” said in an interview last year.

Early this month, as the Goncourt’s jurors gathered for lunch at Drouant, a Paris restaurant where jury meetings have been held for the past century, they put together a list of 16 novels. But one title required a special vote: “The Children of Cadillac,” whose author, François Noudelmann, is Ms. Laurens’s partner. By a show of hands, the jury decided there was no conflict of interest, partly because Ms. Laurens and Mr. Noudelmann were not married or in a civil union.

In an email interview, Ms. Laurens, who became a juror last year, said she had been open about her relationship and had “never encouraged the other jurors” to read the book.

Still, some members, including the president, Mr. Decoin, were surprised she voted.

“I thought she wasn’t going to vote,” said Mr. Decoin, who was in the minority of three. “So she voted. It’s bizarre, but it’s her business.”

Bernard Pivot, a legendary figure in France’s world of books, known for his uprightness, in 2016, when he was the president of the Goncourt jury. Credit…Jeff Pachoud/Agence France-Presse — Getty Images

Philippe Claudel, who is the jury’s secretary general and was in the majority of seven, said that no internal rules barred Ms. Laurens from voting.

“In my opinion, you can’t blame Camille Laurens for breaking a rule that doesn’t exist,” Mr. Claudel said.

Neither was there a rule, he added, preventing her from doing what she did next.

Nine days after the Goncourt released its list, Ms. Laurens, in her column in Le Monde, panned another book on it: “The Postcard,” by Anne Berest.

Alarms went off in literary circles because the “The Postcard” was considered a direct competitor of her companion’s “The Children of Cadillac.” Both novels dealt with similar themes — Jewish exiles in France and the Holocaust — but “The Postcard” had won widespread critical praise and sales, whereas “The Children of Cadillac” had attracted little notice.

Ms. Laurens’s review also drew attention because of its “unheard-of brutality,” according to France Inter, a public radio station, which first exposed the conflict of interest. L’Obs, a newsweekly, said that the reviewveered into personal attacks against Ms. Berest, describing her as an “expert on Parisian chic” and as entering a gas chamber with “her big red sole clogs.” The book, Ms. Laurens wrote, was “Shoah for idiots.”

In her email, Ms. Laurens said that she wrote the review before the Goncourt decided on its long list. She was an “independent critic” and was being singled out because she was a woman, she said.

The members of the Goncourt Academy meet monthly at the Drouant restaurant to discuss current literary events.Credit…Andrea Mantovani for The New York Times

“It’s not the first time that I’ve written a virulent review of a book,” she said. “And once again, I notice that my arguments are never discussed and that people prefer saying that I’m ‘brutal’ and ‘vicious.’”

But Jean-Yves Mollier, an expert on the French history of publishing, said that the review was part of a time-honored jockeying for literary prizes.

“She straight-out assassinated one of the candidates,” Mr. Mollier said.

Mr. Decoin said he would push for a new rule that would require a juror with a conflict of interest to abstain from voting. Mr. Claudel said he agreed, but he stressed that the current jurors were as committed to ethics as Mr. Pivot was.

“Bernard Pivot is a fine moral figure, and I think that everyone around the table is as well,” he said. “It would be extremely inappropriate to say that morality rests on a single person.” 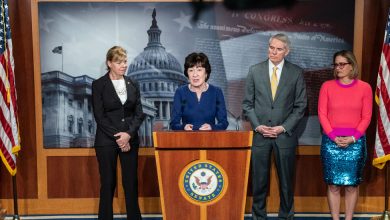 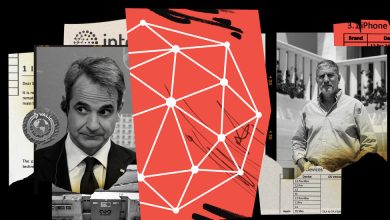 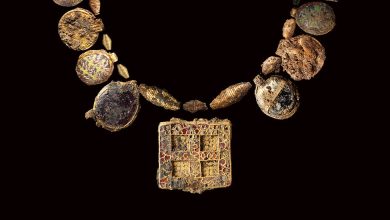 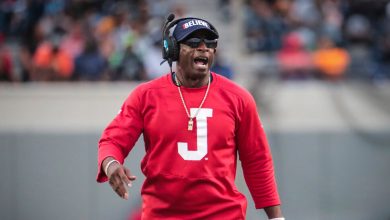