At Terror Tacos in St. Louis, the welcome is rendered in blood — actually, lurid red paint that covers one wall in long drips, like the macabre drapery that Satan’s gnarled hand might pull back to usher the damned into hell.

Bradley Roach and Brian Roash, brothers and self-described horror-movie geeks, opened Terror Tacos in March. (They spell their surnames differently.) As head chef, Mr. Roach put together an all-vegan menu of tacos and burritos featuring his housemade “carnage asada” seitan. Mr. Roash, an artist who handles the restaurant’s marketing, painted the frightful artwork, including a screaming woman’s face that resembles Shelley Duvall’s in “The Shining.” The band Cradle of Filth often growls over the speakers.

The restaurant’s brew of horror, extreme metal and veganism is what’s drawing repeat customers, Mr. Roach said, including hard-core carnivores. “They come back not necessarily because the food is plant-based,” he said. “They’re just excited to eat in a place that’s bizarre.” 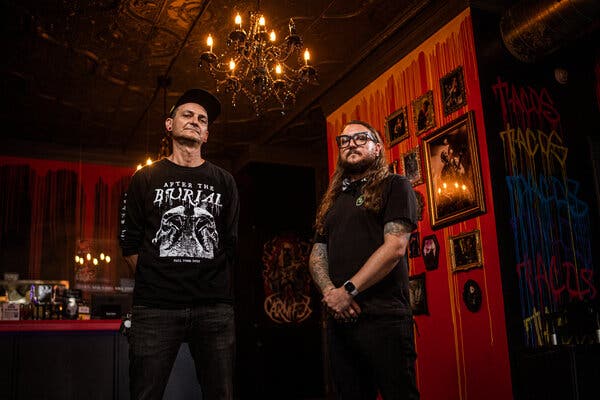 Brian Roash, left, and his brother, Bradley Roach, at Terror Tacos, the horror-themed vegan restaurant they opened in St. Louis last spring.Credit…Michael B. Thomas for The New York Times

Terror Tacos is one of several gore-obsessed restaurants that have opened across the country since last Halloween, despite the pandemic and its restrictions on dining. It’s hard to say why. Perhaps horror fans are living their now-or-never dreams. Maybe the restaurants are an antidote to the cheeriness of corporate chains.

Or maybe they’re a positive response to a world that feels broken. When reality can’t seem to get much darker than it is, Mr. Roash said, a visit to a restaurant like Terror Tacos isn’t as intimidating as it might have been earlier. “You’d never want to equate terror with your brand, because people might think our tacos are terrible,” he said. “But we’ve been terrified for two years, and people can relate to a screaming face.”

These new places arrive as horror films and television shows have become hugely popular and profitable during the pandemic, and have even helped some people cope better with their anxieties, according to a study published last year in the journal Personality and Individual Differences.

Coltan Scrivner, one of the study’s authors, said horror restaurants can be a safe way to have fun with frightening things in distressing times.

“At a horror restaurant, nobody is afraid,” said Mr. Scrivner, a behavioral scientist at the University of Chicago who studies morbid curiosity, or why terrifying experiences appeal to people. “It sends a signal that even if something looks scary, it might not be so bad.”

Unlike haunted houses, horror-themed restaurants aren’t out to give anyone an actual fright — they’re more “Frankenweenie” scary than “Cannibal Holocaust” scary. The look is heavy on movie posters and impish design.

Puns are also a big part of the experience. The Witching Hour, a food trailer that opened in July in Bentonville, Ark., offers the “Friday the 13th”-inspired Jason S’morehees, a s’mores pie “served as cold as Jason in the bottom of the lake.” The Brewed, a Chicago coffee shop set to open in January, nods to David Cronenberg’s horror movie “The Brood.”

The mood at the Haunted House Restaurant is more festive than frightening.Credit…Angelo Merendino for The New York Times

At the Haunted House Restaurant in Cleveland Heights, Ohio, the ambience screams Saturday matinee, not midnight grindhouse. The reception area is designed like a movie box office with a colorful mural depicting creatures like Frankenstein’s monster and Pennywise the Clown. As the seafood pizza makes its way to a table, the ominous musical refrain from “Jaws” plays on a speaker.

Andre Scott, one of four partners who opened the restaurant in July, doesn’t consider himself a horror fan. “I’d watch a documentary before I’d watch a horror movie,” he said. But when it came time to pick a theme, the partners’ vote was unanimous.

“Horror movies bring everybody together,” Mr. Scott said. “It doesn’t matter your race or anything else. I love more than anything, especially with all the hatred going on in the world, to see people enjoy the concept.”

The look of an old horror author’s dark study inspired the design for Cloak & Dagger, a cocktail lounge that opened a year ago just outside downtown Cleveland. The walls are painted pitch-black, and, as at Terror Tacos, the menu is vegan.

The ornate menus read like books, with ghoulish mini-stories for each cocktail. One of the featured drinks is You Can Still See the Red, a mix of cask-strength Sagamore rye, Punt e Mes (a sweet vermouth), housemade mulled wine syrup, beet powder and lemon.

“It looks like blood,” said Cory Hajde, an owner.

Cloak & Dagger, a cocktail lounge just outside downtown Cleveland, serves the Tribes of the Moon cocktail, made with gin, rum, whiskey, fruit and almond bitters.Credit…Courtesy of Cloak & Dagger

A vegan menu adds an anti-establishment feel that may draw horror lovers — a fan base that Mr. Scrivner said is curious about imagined violence but generally resistant to actual bloodshed.

“There’s this sense that horror fans lack empathy, because how else could they enjoy horror?” Mr. Scrivner said. “But a lot of horror fans are so empathetic that they don’t want to eat animals.”

Horror-themed dining has a history as long as a mummy’s wrap. The costumed characters at the Jekyll & Hyde Club in the West Village of Manhattan have been creeping people out for 30 years. Blairstown Diner, in northwestern New Jersey, became a hot spot after it was featured in the original “Friday the 13th” in 1980. And Muriel’s Jackson Square, a 20-year-old restaurant in the French Quarter of New Orleans, has its own ghost: Legend has it that the spirit of the building’s former owner, Pierre Antoine Lepardi Jourdan, dwells in the second-floor Seance Lounge.

The undead have ruled Zombie Burger, with two locations in the Des Moines area, for 10 years. George Formaro, the chef and co-owner, said the zombie theme has worked — even though he’s more partial to old-school monsters like Dracula and the Mummy — because “horror movies were a big deal in my childhood.”

“I think the burger and the horror movie hold nostalgia for people,” said Mr. Formaro, who was once a semifinalist for a James Beard award for the nation’s Best Restaurateur. He has a tattoo of Freddy Krueger’s glove and other horror villain accessories tattooed on his forearm. “Nostalgia is my most favorite ingredient to work with these days.”

A trail of blood leads to an underground laboratory where patrons wear lab coats and create cocktails during an “elixir experience.” The session is led by various characters, including Dr. Creeps, the assistant to the bar’s fictional Dr. Raven, a 19th-century physician who kidnapped and experimented on his party guests in a quest for immortality.

Mad scientists, a possessed mansion, spectral visions: If it sounds like a night with cartoon sleuths and their Great Dane, Mr. Vega doesn’t disagree. “I grew up with Scooby Doo,” she said. “It was my gateway to horror.”

For Cailee Holmes, who since Aug. 13 — a Friday, of course — has run a pop-up restaurant called the Crypt in a test kitchen in Salem, Mass., there is a crossover between horror fans and people who work in the restaurant industry, with its nocturnal shifts and sleep-filled days. It’s like “a ‘Lost Boys’ kind of life,” she said, referring to the 1987 film about heartthrob vampires.

“You have to have a thick skin to work in a restaurant, to be able to take things as they come at you,” Ms. Holmes said. “People who love horror, who are so desensitized to blood and guts, they can work in restaurants because not much bothers them.”

At Terror Tacos, Mr. Roash said business had surpassed his expectations, an achievement he credits to the food, of course, but also to that bloody-looking wall and the desire “to explore elements of my personality that I didn’t have time to do before.” Horror, he said, was the right call.

“A restaurant with pastel green walls and hearts and love is a formula that can succeed,” he said. “But I’m tired of that formula. Why not be yourself?”

Conviction in a Former Playground for Kingpins Could Save African Wildlife 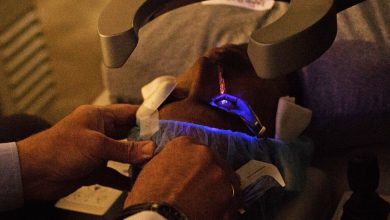 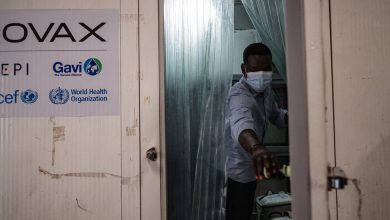 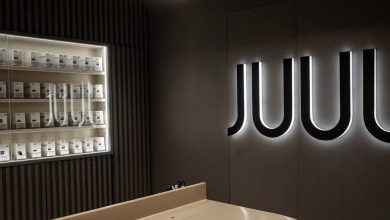 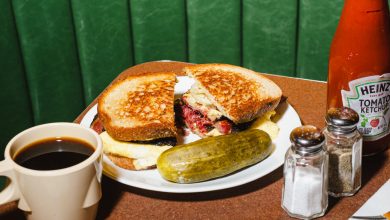