Nick Offerman is best known for his role as Ron Swanson, the mustachioed, libertarian outdoorsman who led the Pawnee, Ind., Parks and Recreation Department on the beloved show “Parks and Recreation.” But there’s more to Offerman than Swanson: His new book, “Where the Deer and the Antelope Play,” was inspired in part by his conversation with the agrarian poet-philosopher Wendell Berry, and a hiking trip he took with the writer George Saunders and the musician Jeff Tweedy (both of whom you may remember from past episodes of this show).

Offerman is fascinating. He plays, inhabits and ultimately subverts a kind of camp masculinity. Some of it is real. He really does own a woodworking shop. He really did release a whiskey with Lagavulin. But some of it is a container Offerman is using to try to get people to think about different ways to live. Like his famed character, Offerman loves the outdoors and thinks we’ve lost touch with the role it should play in our lives and the role it has played in our past. That’s the subject of his book, and to some degree, of this conversation. But Offerman is also just a wonderful storyteller and possessed of a generous, earthy wisdom. So this one is a delight. 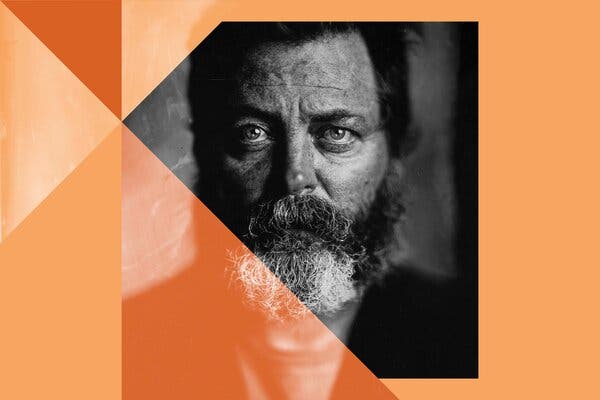