Whether the occasion is social or political, the hero of the party is the person who’ll grab the keys before the drunks can get behind their wheels.

This week, it falls to the two of you to be that person. The progressives in your party suspect you’re all that stands in the way of their expensive utopia, and they’re willing to hold a popular infrastructure bill as hostage in order to get their wish. The progressives in your party expect you to go along, at least partway, with a $4.5 trillion spending bonanza — $1 trillion for infrastructure, another $3.5 trillion for new entitlements — because that’s what some members of their caucus demand. If you don’t, much of the media will cast you as the villains who kneecapped an already faltering Biden presidency.

And they are doing this in the week when the only thing that ought to matter to Congress is raising the debt ceiling to avert default.

This is dumb. The likeliest way for the Biden presidency to fail — and for Democrats to lose their congressional majorities next year and for Donald Trump to return to the White House next term — is for the spending bills to pass mostly as they are. A Democratic Party that abandons its center (where many congressional seats are vulnerable) for the sake of its left (where the seats are usually safe) is heading straight for the minority come November 2022.

Let them call you names now so that they can thank you for your sobriety later.

The working class faces no greater thief than inflation. The rich can switch among asset classes, find different tax shelters, rely on financial experts, ride it out. The less fortunate — your constituency and much of the Democratic base — depend on regular paychecks to pay the rent. And rents are now skyrocketing.

In June, the inflation forecast was 3.4 percent for the year. The forecast has since risen to 4.2 percent — more than double the Federal Reserve’s target rate of 2 percent. The Fed hopes this will taper once the pandemic ends and supply disruptions, supposedly the cause of inflation, cease.

But what if it isn’t just supply disruptions that are causing prices to rise, but rather a case of too much money chasing too few goods? And what if the pandemic continues to defy expectations and carries over until next year? Congress has already appropriated close to $6 trillion for Covid relief. A continuing pandemic would most likely require further trillions in spending. How does that square, fiscally, with the $4.5 trillion extravaganza?

This is what ought to keep Democratic leaders awake at night, along with the record spike in homicides, an incoherent and chaotic policy on the southern border and the possibility that a ticking real-estate debt bomb in China could be the world’s next Lehman Brothers collapse.

Instead, they’re pushing for the biggest expansion of the welfare state since the 1960s, to be financed with the biggest tax increase in decades and to be passed with a three-vote edge in the House and a tiebreaker vote in the Senate on a 100 percent partisan basis. This is not what swing voters had in mind when they elected Biden on his pledge to be a unifier, a compromiser and a moderate.

And it shows: Biden began with a 61 percent approval rating among independents, according to Gallup. Eight months later, it’s at 37 percent. This is another stark portent of a midterm blowout.

Would it help the cause if Democrats came up with a lower topline? Nope: It would be a classic case of falling between two stools, placating neither friends nor critics. Is it honest to claim the bill adds nothing to the national debt? “Biden’s own budget officials earlier this year estimated that his agenda would increase the national debt by nearly $1.4 trillion over the decade,” The Associated Press reports. Does it help that Biden is now claiming that his spending plan “costs zero dollars”? Only if you enjoy having your intelligence insulted.

Which neither of you do.

There’s a way out of this standoff. Trade a clean vote in the House on infrastructure for Senate Republican support for a debt-ceiling increase, gained by putting the $3.5 trillion reconciliation bill on ice. Or simply hold a clean House vote on infrastructure and increase the debt ceiling unilaterally through reconciliation. Then disaggregate the spending bill into separate items of legislation that could be voted on à la carte, according to their merits and political appeal. Let the American people know what’s in this huge legislative burrito. Maybe they’ll find some of it appetizing.

For Biden, it’s a way of realigning himself with the center of the country with a policy win on infrastructure and strengthening moderates of the party with a political win over the left. For the two of you, it’s a chance to be both statesmanlike and politically shrewd.

Sometimes, the heroes of the story are those who just say no. Here’s your chance.

Amazon announces Astro, a home robot that it swears is more than Alexa on wheels. 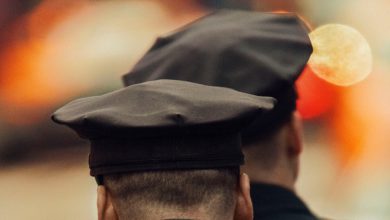