As senior churchmen seek to make Catholicism palatable to modernity, members of a small but significant scene are turning to the ancient faith in defiance of liberal pieties. The scene is often associated with “Dimes Square,” a downtown Manhattan neighborhood popular with a pandemic-weary Generation Z — or Zoomer — crowd, but it has spread across a network of podcasts and upstart publications. Its sensibility is more transgressive than progressive. Many of its denizens profess to be apolitical. Others hold outré opinions, whether sincerely or as fashion statements. Reactionary motifs are chic: Trump hats and “tradwife” frocks, monarchist and anti-feminist sentiments. Perhaps the ultimate expression of this contrarian aesthetic is its embrace of Catholicism.

Urban trends can shape a culture, as millennial Brooklyn did in its heyday. The Dimes Square scene is small, but its ascent highlights a culture-wide shift. Progressive morality, formulated in response to the remnants of America’s Christian culture, was once a vanguard. By 2020, the year of lockdowns and Black Lives Matter protests, progressivism had come to feel hegemonic in the social spaces occupied by young urban intellectuals. Traditional morality acquired a transgressive glamour. Disaffection with the progressive moral majority — combined with Catholicism’s historic ability to accommodate cultural subversion — has produced an in-your-face style of traditionalism. This is not your grandmother’s church — and whether the new faithful are performing an act of theater or not, they have the chance to revitalize the church for young, educated Americans.

Honor Levy, the fresh-out-of-Bennington writer who co-hosts the trendy podcast “Wet Brain,” recently converted to Catholicism and lets you know when she has unconfessed mortal sins on her conscience. The podcast’s beat is pop culture, literature, politics and religion — including practical tips for warding off demons. Dasha Nekrasova, a Catholic revert and actress with a recurring role on HBO’s “Succession,” is a co-host of the scene’s most popular podcast, “Red Scare.” On an episode during Lent this year, Ms. Nekrasova focused on esoteric Catholic topics such as sedevacantism, the ultra-traditionalist notion that the popes since the Second Vatican Council are illegitimate.

The confluence of New York’s young, right-leaning intellectuals and thinkers like Ms. Nekrasova, who was once better known for her irreverent socialist critiques, might suggest that the rising interest in Catholicism in certain social circles is just another way of being ironic or chasing a trend. Nekrasova calls herself “Catholic, like Andy Warhol.” In a scene indebted to Warhol, the self-proclaimed “deeply superficial” pop artist, is Catholicism just another provocation?

Faith, to these trendsetting Catholics, may be partly a pose — a “larp,” in internet slang. But as Ms. Levy explained on a recent episode of “Wet Brain,” “You just do the rituals, and then it becomes real, even if you don’t [initially] believe in it.” She added, “That’s what religion is.” Ms. Levy’s co-host, the casting director Walter Pearce, agreed: “There’s not a problem in the world that three Hail Marys can’t fix.”

Routinization focuses the believer on the act of prayer, warding off temptation and directing thoughts heavenward. The idea that it is a properly religious act to observe the forms of faith even in the absence of perfect belief most likely comes naturally to a generation raised on social media, where performance is a constant fact of life. It also echoes the Catholic response to anti-ritual polemics dating back to the Reformation.

This is not the first social scene whose Catholicism was dismissed as insincere. The Decadent movement of the late 19th century, led in England by figures like Oscar Wilde and Aubrey Beardsley, pursued avant-garde aesthetics and recherché experience, including drug use and sexual experimentation. Conversions to Catholicism became common among the Decadents and were stigmatized by the Anglo-Protestant world as just another pose or experiment — or perversion.

The Decadents knew that Catholicism pairs well with transgression. The Metropolitan Museum of Art knows it, too: It held an exhibition titled “Heavenly Bodies” in 2018, a show that juxtaposed liturgical iconography with high fashion and BDSM paraphernalia. Catholicism embraces the give-and-take between sin and repentance, formalizing it in the sacrament of confession. Moreover, Catholicism has sometimes been seen as a threat to bourgeois order. As early as the 18th century, a link existed in the British popular imagination between Catholicism and homosexuality, since the traditions of monasticism and priestly celibacy deviated from the bourgeois prescriptions of masculinity and marriage. Protestant England also viewed submission to foreign religious authority as politically regressive. Catholicism ran afoul not just of gender norms but also of civilizational progress. Through the mid-Victorian era, the noun “pervert” — one who has turned from the right course — denoted a convert to Catholicism. Our current sense of the word dates to the Decadent era, when responses to Wilde and his milieu threw emphasis on the ostensible sexual implications of religious deviance.

Today, Catholicism again stands athwart political progress and norms governing sex and gender. It violates a liberal-progressive dispensation that many young Americans find both malign and banal. By disparaging traditional gender roles and defining human flourishing in meritocratic terms, progressive moralism militates against young people’s attainment of basic goods: marriage and procreation. Ms. Levy has remarked that she was raised to “get a job.” But her more profound desire was to start a family, a desire that conflicts with the imperatives of meritocracy.

While judging harshly any failure in professional-class aspiration or H.R. compliance, progressive moralism judges neutral or hygienic many acts that Catholicism ranks among the mortal sins — such as missing Mass, divorcing one’s spouse or seeking an abortion. This is its banality. Anna Kachiyan, Ms. Nekrasova’s non-Catholic co-host on “Red Scare,” has defended traditional religion on the grounds that “it’s supposed to introduce constraint into people’s lives.” Ms. Nekrasova put it more simply: “No hell, no dignity.” My own embrace of Catholic moral teaching came about in college, when I saw how it had shaped the imagination of a great apostate, James Joyce. By comparison, my liberal moral formation offered nothing either to daunt or to inspire.

Anika Jade Levy (unrelated to Honor) is a New York co-editor of the literary magazine Forever. She recently told Flaunt magazine that she had been “essentially raised by Satanists” and began praying the rosary on an iPhone app as a form of youthful rebellion. She clarified to me that she was joking about her parents and that her introduction to Catholic art on a trip to Italy “was moving and aesthetically formative.” The rise of Catholicism reveals “a cultural appetite for whatever is the opposite of what we’ve just had,” she told me. But she regards the preference for stringency as “mostly aesthetic” and warns, “I don’t think anybody downtown is in a state of grace.”

For reasons substantive or stylistic, it is possible to prefer a system in which our moral obligations are not exhausted by the avoidance of wrongthink on race and patriarchy. The scenesters of downtown Manhattan may simply find it less dreary to shame one another for fornication than for bearing privilege. And as the writer Nick Burns told me in an email, rosary beads are even “paraphernalia of the underclass,” a way to dispel accusations of privilege from the scene’s “fellow bourgeois.” The affectation of religious imagery and faith may be nothing but a controlled use of class signifiers for the sake of political or aesthetic statement.

For those scenesters who have converted and are frequenting the sacraments, we should hesitate to reject their practice as inauthentic. Avant-garde cohorts can enrich Catholicism’s cultural heritage and broaden its political imagination, as the Decadents did. The church has long embraced theatricality, and it welcomes converts with motives other than sheer religious zeal — for instance, those who wish to share the faith of a future spouse. “Authentic” internal conversion is not a Catholic demand but a Protestant one.

What Catholicism requires is adherence to disciplines and dogmas — a test of sincerity that applies in Dimes Square and beyond. In early July, after the Supreme Court overturned Roe v. Wade, a rosary procession in NoLIta from Old St. Patrick’s Cathedral to the neighborhood Planned Parenthood (until 2020 named for Margaret Sanger) drew large crowds of rowdy counterprotesters. It was a reminder, an easy walk from Dimes Square, that the church runs afoul of the culture in every generation. Real-world events will confront young urban Catholics with the full implications of Catholic doctrine, making it hard to view the rosary as a fashion statement. Over time, these developments will sort the converts from the larpers.

Julia Yost is a senior editor at First Things magazine.

Tags
Moral Pop She Sin That

ID Theft, Fraud, Prison: The Wild Life of a Bishop Robbed at the Pulpit 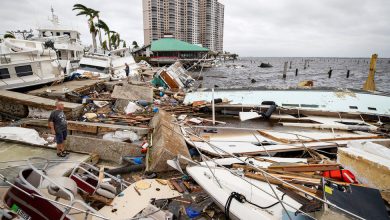 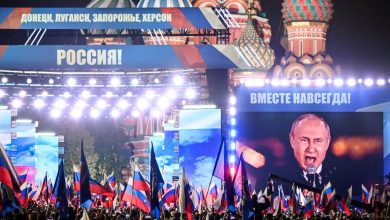 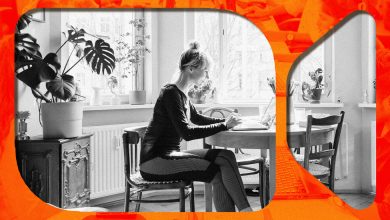