I remember the night in the autumn of 2012 when the first institution in the U.S. publicly committed to divest from fossil fuel. I was with a group of other climate activists in a big theater in Portland, Maine, halfway through a monthlong road show with rallies in cities across the country, and the president of tiny Unity College in the state’s rural interior announced to the crowd that his trustees had just voted to rid their endowment of coal, gas and oil stocks. We cheered like crazy.

On Tuesday, a little less than a week before the start of the United Nations climate conference in Glasgow, activists announced that the fossil fuel divestment campaign has reached new heights. Endowments, portfolios and pension funds worth just shy of $40 trillion have now committed to full or partial abstinence from coal, gas and oil stocks. For comparison’s sake, that’s larger than the gross domestic product of the United States and China combined.

It’s gone far beyond Unity College. Institutions such as Oxford and Cambridge (and more than half the public universities in the United Kingdom) have committed to divest; so have the University of California and the University of Michigan. Most of the Ivies are on board now, as are Catholic powerhouses like Georgetown; in the last couple of months, places as diverse as Harvard, Loyola University Chicago and Oregon’s Reed College have joined in.

My own employer, Middlebury College, agreed to divest in 2019, following a six-year campaign by students and faculty. But many schools have yet to act. The very first college to face divestment demands — Swarthmore, in Pennsylvania — has yet to make the commitment, and the same is true of plenty of others who should know better (Yale and Princeton, say).

And by this point, divestment has spread way beyond colleges and universities. Enormous pension funds serving New York City and state employees have announced that they will sell stocks; earlier this year, the Maine legislature ordered the state’s retirement fund to divest; and just last month, Quebec’s big pension fund joined the tide. We’ve seen entire religious groups — the Episcopalians, the Unitarian Universalists, the U.S. Lutherans — join in the call; the Pope has become an outspoken proponent (and many high-profile Catholic institutions have announced they will divest). Mayors of big cities have pledged their support, including Los Angeles, New York, Berlin and London. And an entire country, even: Ireland has announced it will divest its public funds.

And some of the most historically important investors in the world have joined in too: A Rockefeller charity, the heirs to the first great oil fortune, divested early. Just last week, the Ford Foundation got in on the action, adding a great automotive fortune to the tally. This month also saw the first big bank — France’s Banque Postale — announce that it would stop lending to fossil fuel companies before the decade was out.

Since most people don’t have oil wells or coal mines in their backyards, divestment is a way to let a lot of people in on the climate fight, because they have a link to a pension fund, mutual fund, endowment or other pot of money. When we began the divestment campaign, our immediate goal was, as we put it, to “take away the social license” of Big Oil: It was a vehicle to let people know the essential truth about the fossil fuel industry, which is that its oil, gas and coal reserves held five times as much carbon as scientists said we could safely burn. Later this week, the heads of the big oil companies will testify before Congress about whether their companies misled the public about global warming and sought to stymie action on the problem.

The movement has grown so large that it’s now also testing the ability of some companies to raise capital. As early as 2017, Peabody was listing divestment as a major concern; by the next year, Shell was warning shareholders that the campaign could have a “material adverse effect on the price of our securities and our ability to access equity capital markets.”

Early divestment adopters have been handsomely rewarded; over the last five years, the market has gone up at an annual rate of 16 percent, but the oil and gas sector has fallen at an annual rate of 3 percent. Now many investors are putting their money into clean energy, where returns have risen by an annual rate of 22 percent over the same period. And one other sweet result: It was largely alumni of college divestment fights who formed the Sunrise Movement, a group of young climate activists, and championed the proposed Green New Deal; this has been a training ground for activists around the world.

This campaign still has a lot of work to do. Huge fights are underway in the teachers’ pension funds for New York and California; for financial giants like T.I.A.A., which maintains retirement accounts for educators and many others; and pretty much anywhere else where money and morality coincide. Yes, other people buy stocks when institutions divest, but, as The Times pointed out recently, it’s private equity funds that have invested at least $1.1 trillion into the energy sector since 2010, overwhelmingly in fossil fuels, trying to make a short-term killing.

The battle to wind down the fossil fuel industry proceeds on two tracks: the political (where this week may or may not see action on big climate legislation from Congress) and the financial. Those tracks cross regularly — the influence of money in politics is clear on energy legislation — and when we can weaken the biggest opponents of climate action, everything gets easier. Divestment has helped rub much of the shine off what was once the planet’s dominant industry. If money talks, $40 trillion makes a lot of noise.

Bill McKibben, a founder of the progressive organizing group Third Act, teaches environmental studies at Middlebury College and is the author of “Falter: Has the Human Game Begun to Play Itself Out?”

Why ‘Evangelical’ Is Becoming Another Word for ‘Republican’ 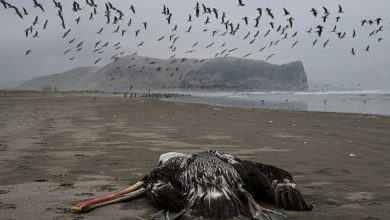 An Even Deadlier Pandemic Could Soon Be Here 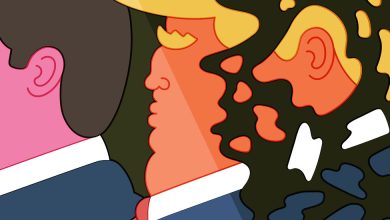 Trump Needs a Confrontation. His G.O.P. Rivals Don’t Have to Give Him One.