The first time came when he was 14 and the city’s Administration for Children’s Services removed him from his mother’s care, placing him in his grandmother’s Mott Haven apartment. He characterizes the shift from an unstable environment to a loving home by describing the different reading material found in both places: “My mom had magazines with stripper interviews,” he said. “My grandma had magazines with stories about Mother Teresa.”

His father wasn’t around but he heard stories about how he was a respected tattoo artist, and he saw pictures of his dad’s work in magazines. “I thought ‘Wow, my dad’s a famous artist.’ So that became my dream: I wanted to be a famous artist too.”

Today, at age 25, Mr. Rodriguez is a subway portrait artist with nearly 20 million followers on TikTok. Becoming a social media influencer has helped him move from his grandmother’s spare bedroom to his own studio on the Lower East Side.

His formal training began with his acceptance to the High School of Art and Design in Midtown where he gained mentors. But even with the support of his grandmother, one truth remained: “We were still very poor,” he said. “And I never really enjoyed being really poor.”

Mr. Rodriguez said he’s learned that the secret to influencer fame is sticking to the same tricks. “Once you find a formula that works,” he said, “then it works again, over and over.”Credit…Stefano Ukmar for The New York Times

When he turned 21 his grandmother started charging him $400 rent, which was just about what he could make selling one of his portraits on Instagram. By then he was tinkering with pages on various social media platforms, studying what kinds of posts would get traction in different places — always looking for ways to find more buyers for his portraits.

Some of his work was commissioned but most of it was sketches he did of fellow passengers on the subway. He started riding every day, drawing on the train, trying to sell more work online and save his way out of Mott Haven. “That was always my focus,” he said. “To get away, to move to Manhattan.”

TikTok has been, in Mr. Rodriguez’s words, “booming during the pandemic,” and he was determined to find the right approach to that platform so he could achieve his adjoined dreams: fame and a Manhattan apartment.

At first, he posted time-lapse videos of his sketches-in-progress, set to a catchy song, offering viewers the chance to compare his portraits with their real-life inspirations — the pencil-shadow precision of the wrinkled jeans or the cockeyed face mask. He started getting more views but not as much as he hoped. “I was posting thinking, ‘Oh, I’m talented. This is going to go viral.’ But none of it went viral. If it’s not a spectacle, people don’t care.”

Then he noticed a comment on one of the videos: “You should give it to them at the end.”

At first, Mr. Rodriguez dismissed the idea. “I thought, ‘I’m not giving away my art,” he said. “This is how I make a living.’”

But soon, the comment itself garnered more than 32,000 likes and he knew he had to give it a try.

That was the second time his life changed suddenly.

“When I did that, it blew up,” he said. The first video, posted in August 2020, featured a young woman in a private security uniform. In it, Mr. Rodriguez sketched her portrait to the tune of “Renee” by Sales and even with her mask obstructing her reaction it’s easy to see that the young woman was affected by the sketch — and impressed with the detail: “You even got my tattoo.”

In little more than a day, the video had 8 million views. Soon it climbed to 49 million.

“The interaction just added a-whole-nother layer,” Mr. Rodriguez said. “So, then I thought, ‘All right, I’m going to keep giving them away.’ And the videos kept going viral. I was so hyped. This was all I wanted — all my life — all those eyeballs.”

He honed his process. He now gets advance permission from the person he wants to draw and asks how long they expect to be on the subway. He has trained himself to finish a portrait in 15 minutes, including pauses so he can film his progress along the way.

There are variations in each video’s popularity but many garner 20 million views or more. One of the most popular — with 113 million views and counting — features Mr. Rodriguez giving a portrait to a woman in a military uniform. “I don’t know exactly what makes some go more viral,” he said. “I think it’s how emotional they get.”

As his pool of followers grew, Mr. Rodriguez envisioned selling more commissioned portraits for higher prices. Then the restaurant chain Chipotle contacted him about working a promotion into one of his sketches. They were offering thousands of dollars, exponentially more than he had ever made from selling a portrait.

Soon Cheetos came calling, as did Extra Gum. TikTok assigned him a representative within the company and his phone started ringing with calls from talent managers. When he settled on representation, his team was horrified by his pay rate: “They said, ‘Are you insane?’ They got 60 million views — don’t you think that’s worth more than a few thousand bucks?’ ”

They helped raise his payday range to $20,000 to $30,000, depending on how much work each ad involves; they rarely take more than a day. “It’s crazy, this influencer marketing,” said Mr. Rodriguez. “I didn’t even know you could turn drawings into ads and that brands would be interested in that.”

It was the eyeballs on his videos, not the market for his portraits, that helped finally land him in Manhattan. “If I weren’t putting this stuff on TikTok,” he said, “I’d never be able to afford it.”

Occupation: TikTok influencer.
Childhood memory: Mr. Rodriguez said he came to better understand the circumstances in which he was growing up in Mott Haven when he started watching television and saw how other children lived. “Seeing what was normal,” he said, “and then seeing what things were like for my family I realized, ‘Oh, this isn’t ideal.’”
Current projects: Recently, Mr. Rodriguez has started doing sketches for other famed TikTokers. “I’ll do a collaboration with them,” he said, “and that’ll be even more viral for both of us.”

In early 2021, Mr. Rodriguez looked at five places — all on the Lower East Side, where he knew he wanted to be — and eventually he found his studio on Ludlow Street. “I definitely love being alone,” he said. Mr. Rodriguez wants enough space to work but other than that he says he doesn’t require much. “All I need is a nice place to paint and sleep when I want to,” he said.

The centerpiece of the first-floor apartment is a private patio. “That’s what I pay rent for,” he said. It’s decked out with couches and will one day soon, he said, be the perfect place to throw a party.

One wall in Mr. Rodriguez’s apartment features a gold plaque from YouTube, given to him when he reached 1 million subscribers. “If my fans are older they’ll say, ‘Oh, I know you from YouTube,’” he said, laughing.Credit…Stefano Ukmar for The New York Times

But there isn’t much time for hosting in the life of an influencer. Mr. Rodriguez doesn’t even get around to selling portraits that often. Most of his time goes into keeping his TikTok feed fresh. “After all of this,” he said, “I was like, ‘You know what? I don’t even care about being an artist. I’m a content creator now.’ ”

He regularly sends money to his grandmother. He offered to find her a better apartment, too, but she’s not leaving Mott Haven. “She tells me, ‘I don’t need all that. I’m gonna die with this church, I’m gonna die with my friends.’”

Mr. Rodriguez isn’t ruling out another upgrade for himself when his lease is up. Some of his friends have urged him to aim higher next time around. “They were like, ‘Yo, you could get a crazy apartment, $6,000 a month.’ But I wanted to take a safer route.”

As much as he’s enjoying the present, he admits that the future is uncertain: “Social media is so unpredictable. People tell me it’s never going to end, you’re going to keep going up — and I am still growing,” he said. “But I’m always worried it’s going to end. I have to keep the followers fed.” 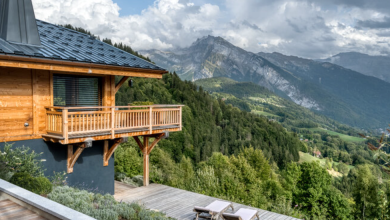 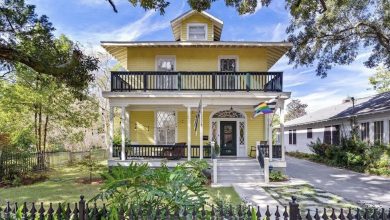 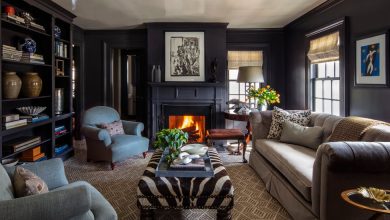